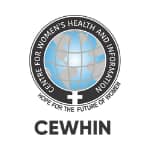 The training workshop for Law Enforcement Agents was held in three states Osun (19th – 20th October 2017 at the Leisure Spring Hotel, Osogbo), Ekiti (30th – 31st October 2017 at the Pathfinder Hotel, Ado Ekiti) and Oyo (7th – 8th November 2017 at the Premier Hotel, Ibadan). It was organised by the Centre for Women’s Health and Information (CEWHIN), a non- governmental organisation based in Lagos in collaboration with the Civil Resource Development and Documentation Centre (CIRDDOC) and with support from The UNFPA/UNICEF Joint Programme on Accelerating the Abandonment of Female Genital Mutilation (FGM/C).

The three workshops had in attendance 98 participants (33 males, 65 females) drawn from Nigerian Police Force (NPF) and the Nigeria Security and Civil Defence Corps (NSCDC) at the State and Local Government levels. The training workshops were designed to create a platform for officers of the Nigeria Police and the Civil Defence to learn about gender based violence especially FGM/C and the existing relevant state laws, as well as how to effectively implement such laws.

Sessions held during the 2-day training covered topics such as FGM/C: Clinical Experiences, Understanding FGM/C as an issue of Gender Based Violence, Human Rights and FGM, Legal definitions/elements of the offence of (FGM/C), Statutory criminalization of FGM/C – Criminal offences that emanates from the FGM/C practice, Overview of Female Genital UNFPA/UNICEF Joint Programme on Accelerating the Abandonment of Female Genital Mutilation (FGM/C)

Mutilation/Cutting (FGM/C) and the National response, good practice from other countries on law enforcement and judicial activism on FGM/C abandonment gender mainstreaming. Participants at the workshops developed action plans towards promoting the enforcement of laws on the practice of FGM/C in the states etc. Some of the pertinent issues raised are pervasive negative social norms of which FGM/C is a major one, poor understanding of gender among law enforcement agents, and the role of law enforcement agents in the promotion of the abandonment of FGM/C.

The training workshops were the first of such for many of the participants. The officers noted that they are now aware of the content of the law and the ills of the practice and are ready to enforce the law by ensuring that anyone who contravenes the law is prosecuted. The following are highlights of the follow-up actions that the participants agreed to carry out:

We value your partnership and would like for you to join our movement.

This site uses cookies to offer you a
better browsing experience.